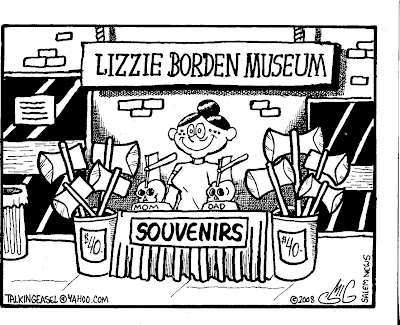 I live in Salem, MA, known as the "Witch City" for being the area of the historical "Salem Witch Trails" this tends to get us a LOT of tourists during the Halloween season, in fact,the high point of Salem's Tourism season are the last couple months towatrd Halloween., during which the city runs a LOT of Haunted Houses, Witch Museums, Witchcraft Shops,Fortune-Tellers,(Often on borderline tacky and tasteless) you get the picture.
The latest addition is called THE TRUE STORY OF LIZZIE BORDEN MUSEUM. In my capacatity as local issue cartoonist for THE SALEM NEWS, I offered my take on what the souvenir stand for a museum like that would be..
Posted by Chris Smigliano at 8:54 PM No comments: 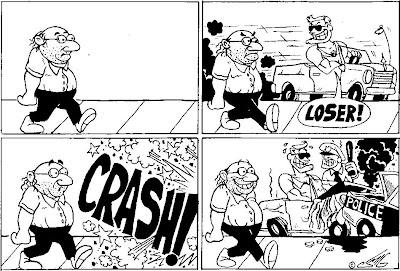 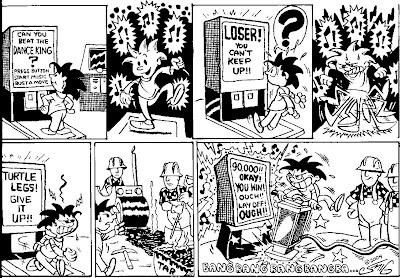 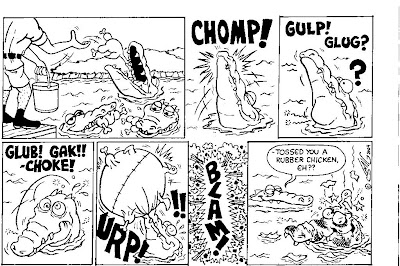 Three works of mine that were never published.
Posted by Chris Smigliano at 8:18 PM No comments: 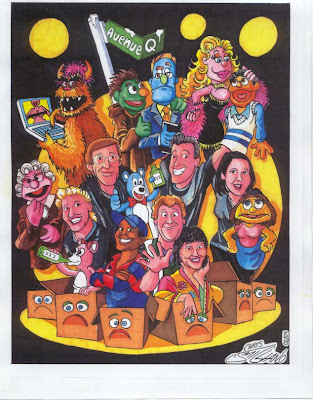 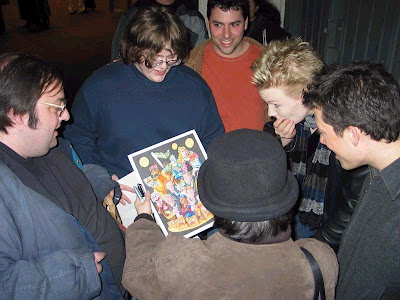 This piece falls under nostalgia for me..Thru the TOUGHPIGS site, a number of us had been discussing a New Broadway play called AVENUE Q.. a satrical adult spoof of Sesame-Street type TV shows and many of us were thinking of seeing it..I had gotten the original soundtrack CD out of curiosity and absolutely fell in love with it! A bunch of us actually decided to get together in New York and take in a performance! For me this meant taking a Greyhound from Boston to New York!
This would be a day to remember..to pass the hours before the performance, TOUGHPIGS founder Danny Horn (Bless you, Danny!) had gotten in touch with CRAIG SHEMIN, Muppets writer, one of the heads of THE JIM HENSON FOUNDATION, and husband of AVENUE Q star STEPHANIE D'ABRUZZO! Graig graciously invited us over to the old Henson photo studios for an afternoon of old behind-the scenes stories and screenings of rare Muppets footage, including a tape of most of MUPPET SHOW LIVE from MUPPETFEST! A GREAT afternoon was had by all, and to say that Craig was a charming , gracious, and funny host would be an understatement!
Wanting to do something special for the occasion, and using the photos from the CD as reference, I drew up the picture shown at the top. We went to the show, and it was funny and brillant. All of it. the songs, the actors, the puppetry...God, yes.
After the show, we managed to go meet the cast outside, where I presented the drawing (On behalf of Toughpigs) to Stephanie. The cast were quite impressed. (Not to brag, but it went over BIG)
Sometimes I wonder if they still have-or who does have the original drawing..
The photos posted here are of me presenting the original drawing to the cast after the show..(I'm the fat ugly guy with the stringy hair and the bald spot) The bottom photo is us with the cast.
If you ever accidentally read this, Craig, thank you for a WONDERFUL time.. and forgive me for saying this, but your wife is VERY talented and beautiful!
Posted by Chris Smigliano at 7:37 PM No comments: 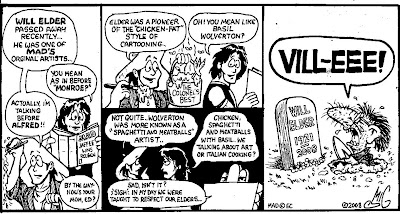 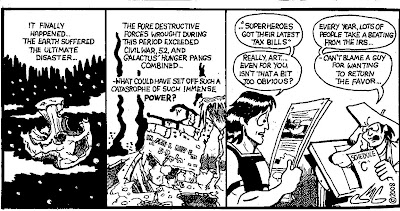 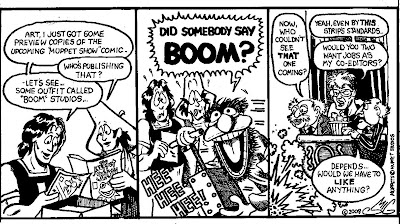 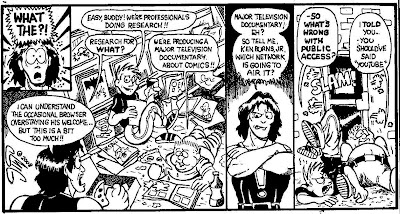 These are samples of my Strip, FOR ART'S SAKE, I've been doing the past 15+ years for THE COMICS BUYER'S GUIDE (CBG) I use the strip to skewer comic books, cartoons, collecting, superheroes, and the industry in general. These are from recent issues.
Posted by Chris Smigliano at 9:02 PM No comments: 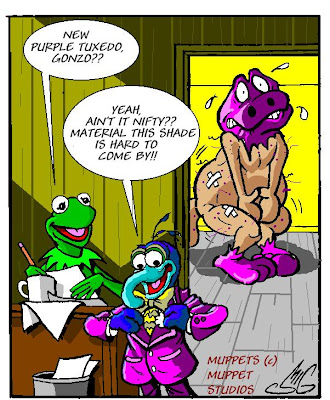 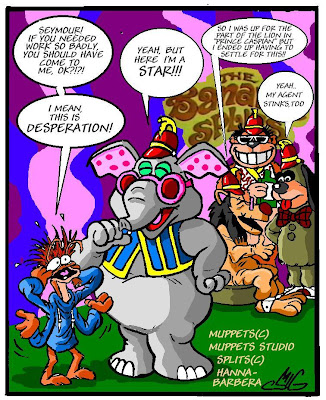 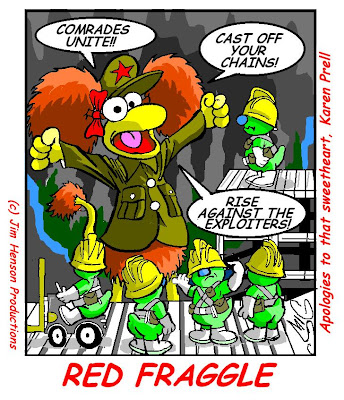 As whoever may have read my profile may have guessed, I am a MAJOR Muppet fan. I've contributed Muppet fan art to MUPPETZINE, Drawn the E-cards for MUPPET CENTRAL, as well as the website TOUGHPIGS. I was also MUPPETZINE editor Jim Lewis' biggest nightmare for about four years as I was CONSTANTLY submiting stuff to him! (Nearly made it in a couple of times, too! ) I still have all his rejection slips! (And he always took the time to write each one personally-much appreciated!)
I had slowed down for awhile at TOUGHPIGS, but now, I'm trying to get back in the groove and increase my artistic presence on the site, starting with the three pieces you see here.. If you want to see more, check put the archives at http://www.toughpigs.com You'll find LOTS of great stuff there! (Besides the pictures, that is!)
Posted by Chris Smigliano at 9:46 PM No comments: