A Short Story With A Cover 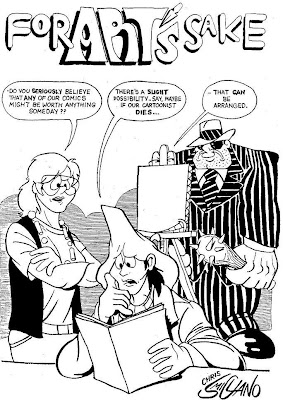 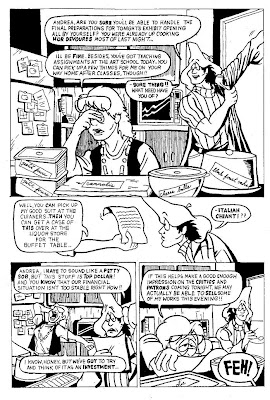 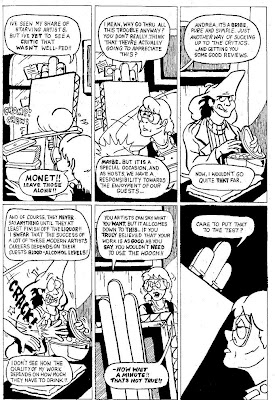 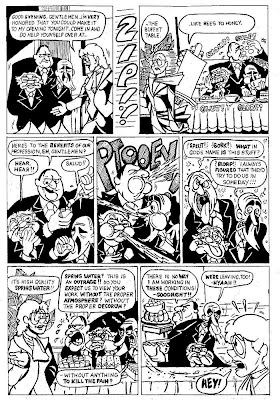 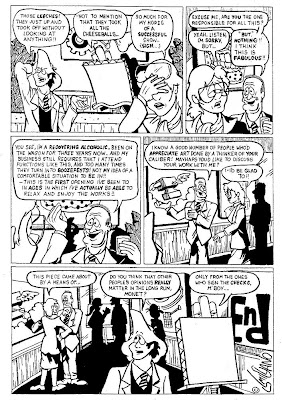 I,ve been doing FOR ART'S SAKE for THE COMICS BUYER'S GUIDE since roughly 1990 now, but the strip's creation period is earlier than that. I came up with an artist character back in high school in 1980, and developed the characters thru art school in the 1980's, when i first shopped a daily strip version around to the syndicates.(Needless to say, THAT bombed).
In 1989, I had been contributing drawings to the then weekly publication , THE COMICS BUYER'S GUIDE. At some point, I decided to try something that did the same skewering of the comics world, but with a regular cast of characters. Maybe not the most original concept, but still...
I figured, why not format FOR ART'S SAKE to meet CBG's requirements? It meant I had to drop my concepts of him being an all-around freelance artist/art teacher that ran a gallery on the side and focus on him being a cartoonist. That was NOT his original speciality. I was also concerned I might have to drop my favorite character, Monet, the talking artist easel who acted as both cynic and critic.(yes, that's were I got my e-mail address from, for those of you wondering)Thankfully, Maggie and the late, great Don Thompson accepted my refurbishment with no fuss and I was able to keep Monet on,(Though he rarely appears in the strip these days since CBG's change to monthly)
I love what I do for CBG, and appreciate the leeway they've given me, but still I sometimes have to admit that I feel a bit constricted that the focus always has to be on comics..I still had a yearning to use the characters in my original concept, and during the years, I produced three "ashcan" comics of original material. The first two I did thru mail-order. (Not many, but some nice response) The third, though, I never got to mailing.
This is the cover and one of the stories from that third comic. I'll reprint the others as time goes by, but for those of you familiar with FOR ART'S SAKE only thru CBG and my FACEBOOK/DEVIANTART links, this is a taste of the strip more as I originally intended it. Comments are VERY welcome!!
Posted by Chris Smigliano at 7:02 PM No comments: 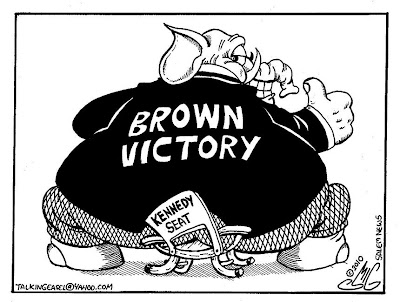 The political reversal goes on. We got a Democrat in the White House, and now we have a Republican in the Mass.Senate as Scott Brown takes over the seat of the legendary Edward Kennedy. In reaction to that, I did this cartoon that appeared in the Jan.21st edition of THE SALEM (MA) News..
Posted by Chris Smigliano at 5:23 PM No comments:

Yet ANOTHER Ma Kabre Installment!! 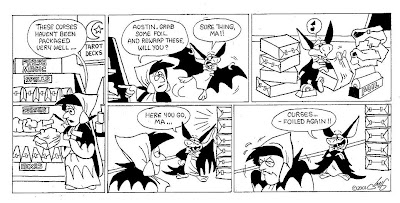 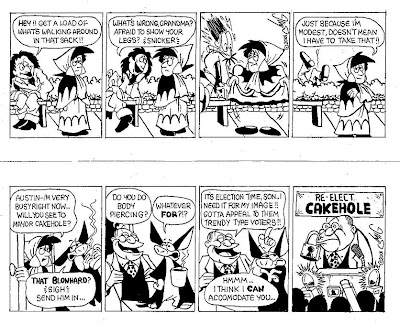 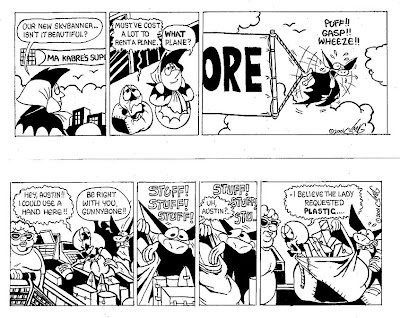 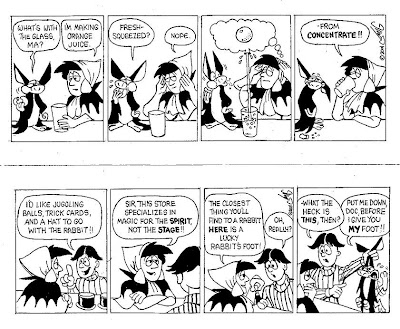 The fifth (if you care enough to count) installment of my attempt at comic syndication.
Posted by Chris Smigliano at 5:40 PM No comments: 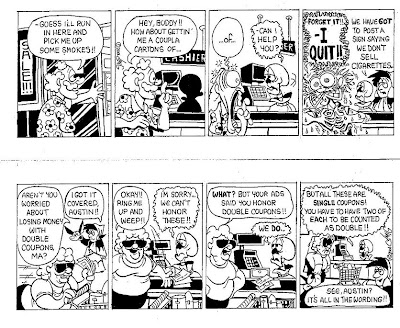 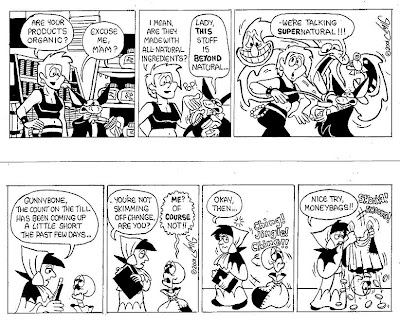 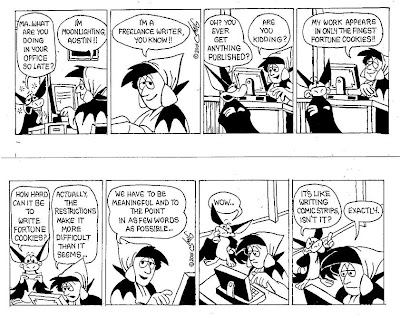 The fourth installment-or rather, what would have been the fourth week's worth of strips- from the MA KABRE syndication package I shopped around years back.
Posted by Chris Smigliano at 5:02 PM No comments: 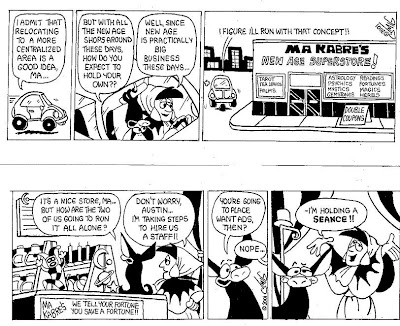 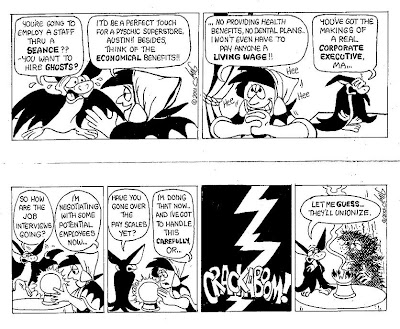 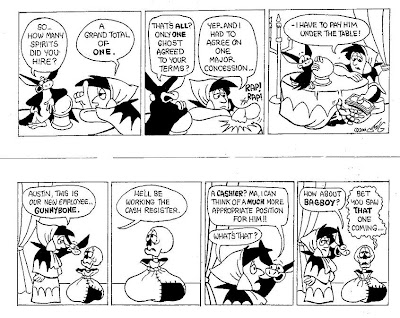 This is the third installment of the MA KABRE strip syndication package I submitted several years ago..In this section, the strip's third major character is introduced..
Posted by Chris Smigliano at 7:58 PM No comments: